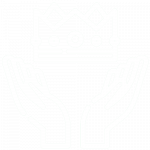 “Now it happened, when Joram saw Jehu, that he said, “ Is  it peace, Jehu?” So he answered, “What peace, as long as the harlotries of your mother Jezebel and her witchcraft are so many?”” II Kings 9:22

On Saturday night, September 9th,  there was a confrontation in the city of Arad in Israel between ultra-Orthodox and secular Jews.

The ultra-Orthodox dynasty “Gur Hasidim” has moved to Arad in recent years and the city has become an Orthodox stronghold.

The seculars are disturbed by the growth of the religious group in the city due to their hostile and overbearing behavior.

Last week, posters were hung in the city by seculars, with a photo of one of the leaders of “Gur Hasidim” with the text: “You have dirtied Arad” and “Arad is not for sale”. 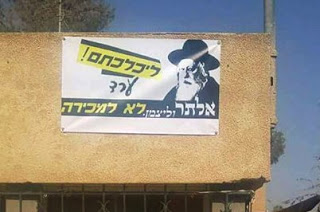 The issue of ultra-Orthodox is not a matter of Arad, but permeates all Israel, since they are supported financially by the Government, but do not comply with the duty of every citizen which is to serve the army. Those in the religious community who decide to do so are expelled from their communities and families.

In Arad the issue becomes more critical by the large presence of religious. If we search about the origin of the dynasty “Gur Hasidim” we find that this name comes in the Ydish language, from a city in Poland called Gora Kalwaria.

“The town has significance for both Catholic Christians and Hasidic Jews. Originally, its name was simply Góra (literally: “Mountain”), changed in 1670 to Nowa Jerozolima (“New Jerusalem”), and in the 18th century to Góra Kalwaria (“Calvary Mountain”).”

“The town was supposed to be a purely Christian one and Jews were not allowed to settle there. In the early 19th century, the ban on Jewish settlement was lifted and Jews shortly became the predominant group in the town. Góra Kalwaria then became one of the major centers of Hasidic Judaism and home to the Ger dynasty.”

At first these two groups (Catholics and Chasidic Jews) are distinct, but the evil spirit who acts in these groups is the same. Presenting a manipulative hierarchical authority, which requires total submission, his disciples are deprived of reading and learning the Scriptures led by the Spirit of God, as described in 1 John 2.27:

“But the anointing which you have received from Him abides in you, and you do not need that anyone teach you; but as the same anointing teaches you concerning all things, and is true, and is not a lie, and just as it has taught you, you will abide in Him.”

Unfortunately that religious spirit still affects substantially the Evangelical churches, in which their leaders exert control over his disciples and their decisions.

Amid the Jewish people this spirit causes two opposite effects. Some are completely seduced by the religiosity and others feel revulsion and don’t want any connection with God because of the bad impression caused by the Orthodox.

This demonic spirit imprisons completely the prophetic spirit, which is the testimony of Yeshua (Revelation 19.10) keeping people away from Him.

It shows false holiness stripped of joy and life, as Yeshua said:

“Woe to you, scribes and Pharisees, hypocrites! For you are like whitewashed tombs which indeed appear beautiful outwardly, but inside are full of dead men’s bones and all uncleanness. Even so you also outwardly appear righteous to men, but inside you are full of hypocrisy and lawlessness.”

Let us pray that the eyes and ears will be uncovered by the anointing that is in Yeshua:

“You love righteousness and hate wickedness; Therefore God, Your God, has anointed You With the oil of gladness more than Your companions.”

This anointing was also poured over us:

““The Spirit of the Lord GOD  is upon Me, Because the LORD  has anointed Me To preach good tidings to the poor; He has sent Me to heal the brokenhearted, To proclaim liberty to the captives, And the opening of the prison to those  who  are bound; To proclaim the acceptable year of the LORD, And the day of  vengeance of our God;  To comfort all who mourn, To console those who mourn in Zion,  To give them beauty for ashes, The oil of joy for mourning, The garment of praise for the spirit of heaviness; That they may be called trees of righteousness,  The planting of the LORD, that He may be glorified.”

We read in the above verses that God wants to change the clothes of those who are in mourning and this is truly the condition of Orthodox Jews. They wear only black clothes since they are in constant mourning for the Temple that was destroyed.

We have a friend who is an intercessor that is now in Góra Kalwaria led by the spirit of God to make prophetic acts in order to weaken the operation of this spirit and its effect in Israel.

“Then he said, “Throw her down.” So they threw her down, and some of her blood spattered on the wall and on the horses; and he trampled her underfoot. And when he had gone in, he ate and drank. Then he said, “Go now, see to this accursed woman, and bury her, for she was a king’s daughter.” So they went to bury her, but they found no more of her than the skull and the feet and the palms of her hands. Therefore they came back and told him. And he said, “This is the word of the LORD, which He spoke by His servant Elijah the Tishbite, saying, ‘On the plot of ground at Jezreel dogs shall eat the flesh of Jezebel; and the corpse of Jezebel shall be as refuse on the surface of the field, in the plot at Jezreel, so that they shall not say, “Here lies Jezebel.”