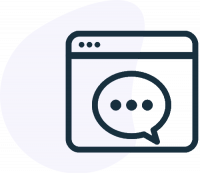 Israel and the Body of Messiah in the book of Ruth

Once I watched a video in which Jews on the streets of Israel would be asked the question: “Who is Jesus?” Most of them would say that he is the founder of the Christian religion. Unfortunately they would not relate him to our Tanach (Hebrew Bible) in any moment.

There are many reasons for this reality. The first one may be our sins that made us reject him for so many years, but another reason may be that the messianic gentiles have introduced to our people a false Messiah, someone who founded a new religion that in many aspects is opposite to the Tanach.

We believe we are in times of restoration, when the Body of Messiah is willing to restore their biblical roots, getting rid of so many lies that have been infiltrated in His Body by the Roman and even the so called “Protestant” Church.

Thus says the Lord of hosts: In those days ten men from the nations of every tongue shall take hold of the robe of a Jew, saying, ‘Let us go with you, for we have heard that God is with you.’ Zechariah 8.23

The book of Ruth teaches us a lot about this beautiful road.

Naomi was a Jewish widow who left Israel in a season of famine and lived ten years in Moav.

Ruth, her gentile daughter in law, also a widow, decided to leave her pagan roots behind and find refuge under the wings of the God of Israel (Ruth 2.12). Differently from her sister in law Orpah, she returns to the land of Israel with Naomi. She understands that Naomi’s true blessings can be found only in the land that her God set for her to live.

Ruth represents the messianic gentiles that take the road towards biblical foundations which leads to loving and embracing Israel.

Boaz the redeemer, who restored Naomi’s inheritance and married Ruth, represents our Messiah, who paid the price to restore our spiritual and physical condition.

Naomi gives her specific instructions on how to approach the redeemer:

Then Naomi her mother-in-law said to her, “My daughter, should I not seek rest for you, that it may be well with you?  Is not Boaz our relative, with whose young women you were? See, he is winnowing barley tonight at the threshing floor.  Wash therefore and anoint yourself, and put on your cloak and go down to the threshing floor, but do not make yourself known to the man until he has finished eating and drinking. But when he lies down, observe the place where he lies. Then go and uncover his feet and lie down, and he will tell you what to do.”  And she replied, “All that you say I will do.” Ruth 3.1-5.

When Ruth says to her mother in law: “Your people shall be my people and your God my God” (Ruth 1.16) she is definitely not afraid of being judaized, and she is honored by her decisions:

And he said, “May you be blessed by the Lord, my daughter. You have made this last kindness greater than the first in that you have not gone after young men, whether poor or rich. And now, my daughter, do not fear. I will do for you all that you ask, for all my fellow townsmen know that you are a worthy woman. Ruth 3.10-11

There is no other road to encounter the true Messiah other than taking refuge under the wings of the God of Israel and following his principles.

They are Israelites, and to them belong the adoption, the glory, the covenants, the giving of the law, the worship, and the promises. To them belong the patriarchs, and from their race, according to the flesh, is the Messiah, who is God over all, blessed forever. Amen. Romans 9.4-5

But if some of the branches were broken off, and you, although a wild olive shoot, were grafted in among the others and now share in the nourishing root[c] of the olive tree, do not be arrogant toward the branches. If you are, remember it is not you who support the root, but the root that supports you. Then you will say, “Branches were broken off so that I might be grafted in. Roman 11.17-19

Ruth could have said to Naomi: “I will go with you so you will not feel alone, but do not ask me to change my ways of living and rituals, I do that since I was a child and I don’t think I need to change!” Naomi could have said: “I am sorry but my people and my God are not yours!”

Differently we see in this story a humble relationship between Jew and Gentile that leads to blessing, victory and reward.

The Lord repay you for what you have done, and a full reward be given you by the Lord, the God of Israel, under whose wings you have come to take refuge!” Ruth 2.12

Then the women said to Naomi, “Blessed be the Lord, who has not left you this day without a redeemer, and may his name be renowned in Israel! He shall be to you a restorer of life and a nourisher of your old age, for your daughter-in-law who loves you, who is more to you than seven sons, has given birth to him.” Ruth 4.14-15

This covenant between those two women “gave birth” to King David (as Oved, Ruth’s son is the grandfather of king David).

On the same way when Israel and the Body of Messiah align themselves to their biblical identities and positions in the Kingdom, our King Yeshua will return!

For if their rejection means the reconciliation of the world, what will their acceptance mean but life from the dead? Romans 11.15